From the following select box, choose language of your preference:

The course shall cover the scientific technique of increasing the yield of paddy, a new method of growing known as “SRI VIDHI”, the pests and the pesticides to be used, removal of weeds. It will have 11 lessons with video for each course.

Rice is the staple food of people in India especially in Southern, and eastern parts of the country. As per statistics, West Bengal is the leading rice producer in India followed by Uttar Pradesh, Telangana, Andhra, Punjab, Orissa, Bihar, Chhattisgarh, Tamil Nadu, Assam and Haryana. Part from India, paddy is cultivated in many parts of Asia such as China, Japan, Indonesia, Bangladesh, Thailand, etc. Globally, China is the leading producer of rice with India being the next. Cultivating rice is needs a lot of water and labour force. Therefore, rice cultivation is practiced in those places wherein the labor cost is less and rainfall is high.

A large population depends on paddy for their livelihood. We can raise the standard of living of farmers by increasing the yield of agriculture. For this, it is necessary to change the traditional methods of farming. Our agriculture can be improved by proper use of soil, water, and environment. To make agriculture profitable, we have to reduce the cost incurred in agriculture. And this is possible only when we do scientific farming. So today we will talk about scientific and advanced cultivation of paddy. Dr. Manoj Kumar, our scientist said that most of the population here is dependent on agriculture, so agriculture is the core of life, agriculture is food & food is life.

Agriculture is the basic point of all development. No development is possible without the development of agriculture. Paddy is the main crop to increase the production of any region, there is need to concentrate on some points so that they can increase their yield.

In times of change we have to adopt agriculture as a benefactor. agriculture can turn into profitable farming, only when we can reduce its cost, then only it popular among farmers.

We can increase the standard of living of farmers by increasing agricultural yield. For this, it is necessary to change the traditional methods of farming. With proper use of soil, water, and the environment, our agriculture can be improved.

To make agriculture profitable we have to reduce the expenditure in agriculture. This is possible only when we adopt scientific farming. We will discuss the scientific cultivation of paddy.

Almost every type of soil can be used for paddy cultivation provided the region has a high level of humidity, sufficient rainfall with irrigation facilities, and a high temperature.

It can be even cultivated on silts and gravels.

Agriculture is the basis of all development.

In times of change, we must adopt agriculture as a benefactor. When we talk about scientific farming, farmers often get confused. Under this, the right fertilizer, water management, and the latest technologies are chosen according to your region.

If certain parameters like like timely sowing, water management, weed and pest control, are taken care of, then the productivity can be increased Weeds in paddy inhibit the growth of seedlings, significantly reducing the yield of paddy.

In irrigation management, it is very important to use the right amount of water with the right process at the right time. If farmers focus on these points, then certainly they can increase their yield and make agriculture profitable.

Paddy is the main kharif crop in Bihar (India). Paddy is cultivated in Bihar at about thirty-five million hectares. But its productivity is much lower than other states. If some things are taken care of, then its productivity can be increased like timely sowing, water management, weed and pest control, Keeping all things in mind and using scientific methods, paddy cultivation can be increased. The selection of right land is also very important for paddy farming. We have been cultivating paddy in different lands, such as the upper land, lower land or deep waterlogged land. If we talk about the upper land then some prominent varieties are Prabhat, Turanta, Richiria, Saroj, Ghan Lakshmi, Pusa 2-21. These varieties are ready in 100 to 115 days. July 1 to 15 is the right time to sow these. The recommended seed of this is only 20 kg per hectare. When it is 20 to 25 days, then plant it in your fields and 15 cm apart from one plant to another. And also 15 cm of line to line distance. If we talk about paddy cultivation in medium land, Rajendra Bhagwati, Sita, Kanak, Rajendra Subhasini, Rajendra Kasturi, Saroj, IR 36 are the main varieties, These are ready in 115 to 120 days. The time for sowing these varieties is from 10 to 25 June. After 25 to 30 days, they are removed and planted in the fields. The saplings should be 20 x 15 cm apart from one plant to another.  Now paddy cultivation in deep land; the varieties are swarna, MTU7029. The crop yield is very high. Apart from thess, Rajendra Mansuri, Rajendra Sweta, Raj Shree, Satyam, Kisori, etc are  considered as important varieties. All these are ready in 140 to 145 days. The right time to sow these is from 25 May to 10 June.  Apart from this, the deep land in which the water remains, there is also a different variety; Janaki, Sudha, Vaidehi, Jalaj. The aromatic paddy varieties are: Rajendra Kasturi, Rajendra Subhasini, Pusa Basmati, Sugandha 1-4. The correct time to sow all these is from 25 June to 15 July.

Weeds in paddy stop the growth of plants, which reduces the yield of paddy significantly. At the same time, it also increases the cost of farming. The main methods of weed control are, by chemical, by machine or by hand. In all these, chemical methods is the right method, it also reduces the cost over time. To protect from weeds, it is important to select right chemical, best quality and required quantity. Take good quality of chemicals and mix 300 kg per hectare into 600 liters of water. 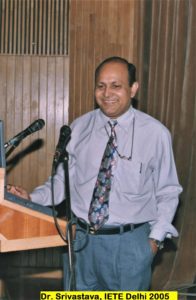 There are hundreds of pathogens and insects that can harm the seed or seedling before they even have a chance to grow. Seed treatment plays an important role by providing protection for seeds and transplanting against disease and insects. The use of seed treatment is an effective tool to provide the necessary protection of seeds for a strong, healthy start.This protection ensures that the plant has more opportunity to grow a strong root system that is the foundation for a healthy, productive plant.

Along with this, it is also important to pay attention to treatment of paddy seeds, precautions to be taken, management of water, and  chemicals to be used for weed control.

The method of seed treatment:

If you do not have these drums available, you can also use an earthen pot to mix seeds and medicine.

Treated seed should be sown as soon as possible.

Use of chemicals to remove weeds

The less we use chemicals to remove weeds, the better our cultivation will be. We also have many weed removals machines available to avoid chemicals. If you have workers available, they can remove them by hand.

The maximum amount of natural resources, organic manure or local manure should be used in farming.

Precautions while spraying the chemicals

In paddy cultivation, from the time of sowing, water should be kept 3 to 5 centimeter for 15 days after harvesting.

In other cases only if there is saturated ground, less water will work.

Under no circumstances should the paddy field be cracked.

If the soil of the field cracks, more water will be required at a later stage.

In addition, when the paddy is well ripened and contains 15 to 20% moisture, the paddy should be harvested.

After harvesting, it should be kept on the ground for 2 to 3 days so that the remaining grains dry up.

10 to 12% moisture is sufficient for safe storage.

If this moisture is too low then there will be many losses in storage.

When moisture conditions occur, the grain will attract pests, this quality is reduced which affects the germination and availability of the plant.

Therefore, the grains should be thoroughly dried in the sun to bring the right amount of moisture.

Before storage, the warehouse must be properly disinfected.

Taking care of all these things, if you cultivate paddy, you can definitely get low cost and high income.

Paddy is considered as the most important food crop in developing countries and the crucial source of employment in rural areas. With proper field management, practices and irrigation facility, paddy farming would be profitable in a short period of time. It is important to pay attention to some main points. Such as-

What is a weed?

Effects of weed on paddy crop

Weed damages and reduces approx. 33% yield in the crop. This reduction depends on the amount of weed available in the crop, if there is more weed, then crop reduced by 60-70%.

Types of weeds found in Paddy

That is why it is said tat 1/3rd of the beginning of the crop is very sensitive; the crop should be kept free from weeds in the beginning. Otherwise, this will damage the crop later.

How to control weeds

Weed control is important to prevent losses in crop and production costs, and to preserve good grain quality. Often, the farmers throw the weed out by hand but it takes too much time. The method that still works is the mechanical method. Under this, weeding is done by machine. This tool is designed to ease the task of removing weeds from fields. It works by driving the tool vertically into the soil in order to push any small weeds under the soil and disrupt their young fragile root systems.

There is another way to remove weeds from fields which is the use of pesticides, that farmers have been doing till now. Now let us know which pesticides should be used for different kind of weeds-

Any of these pesticides can be sprayed in the fields within 3-5 days. Weeds will not grow and we will get good production by using pesticides. If not sprayed within time and weeds have arrived, then use Thiobencarb 3ml/litre with water, this will make the field weed- free.

Note- Never use chemicals in the opposite direction of the wind. By doing this, it can fall on the body which can cause many skin problems.

You have completed lesson-1 of the subject, "Scientific Cultivation of Paddy". You learnt about:

4. Controlling of weeds in paddy